European Religion is an inseparable part of European Race 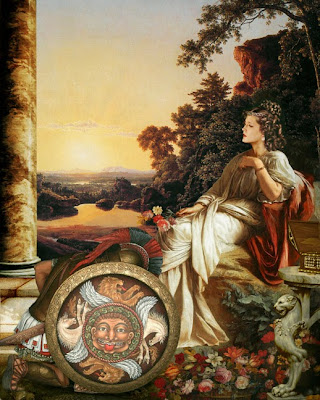 Race is not a "social construct" as claimed by the heirs of the Frankfurt School and "Critical Theory". No! Culture and society are racial constructs! Europe has been what has been, not because of this or that religion, but because White People built it.
All genuine European, cultural and religious forms were developed from their genetic basis and they are representations and expressions of their deepest spiritual essence. Therefore, the European paganism is not only a "religion" that a White person can choose to follow or not follow. All White People, whether christian or atheist, has inherited it and he carry it in his veins, like it or not.

European paganism is an essential, integral, inherent, intrinsic and inseparable part of the White Race, and whatever is your ideological indoctrination, sooner or later your blood will eventually manifest itself in various ways: art, dreams, ideas, behaviors. And when that does not happen, as it was understood in depth by the Swiss psychologist Carl G. Jung, then come all the psychological and social pathologies that have plagued us for years. Therefore, if all artistic and literary manifestations about paganism were actually destroyed (as Christianity tried in its time), if the ethnic substrate that created them survives, then paganism inevitably will survive although it will be manifested in other ways, other names...

Christianity is an artificial idea and does not fulfill this simple and natural principle, and for centuries has been against it trying to suppressing it and to hide it. It is a doctrine that can only be adopted by cultural transmission, and not by the intuition of the blood. It was not designed by the natural development of a race or to achieve its Destiny or its heyday, it was designed to be preached to all peoples on the earth to keep them as sheep in the same corral: One World Religion, One World Thinking. That is the same universalism, egalitarianism, internationalism and "anti-racism" preached by the architects of the Frankfurt School, its illegitimate children.

Search in this blog 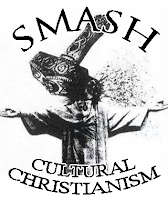 Yes, christianism is a real word. We chose it to denote, with the suffix "-ism", an ideology, instead of the suffix "-ity", generally used to quality nouns.

The destruction of the Ancient European World

Europa Soberana, Judea contra Roma (PDF)
The purpose of this book is to give an idea of what happened to the Ancient World; of how Europe fell into the Middle Ages and, especially, to what extent what happened in Rome 1,600 years ago is exactly what is happening in our days throughout the West: but magnified a thousand times by globalization, technology and, above all, the deputation of psycho-sociological and propagandistic knowledge by the System. What is dealt with in this book is the story of a tragedy, of an apocalypse. It is the end not only of the Roman Empire and all its achievements but also of the survival of the Egyptian, Persian and Greek teachings in Europe in a bloodthirsty process: a premonition of the future destruction of Celtic, Germanic, Baltic and Slavic heritages, always accompanied by their respective genocides

"Why Europeans must reject Christianity" An essential essay by Ferdinand Bardamu

"All Christians are Cucks" - A critical analysis of christianity, for Pro-Whites

Sparta and its Law

A book by EVROPA SOBERANA